A football used in the World Cup final has been sold in an online auction for £48,200. 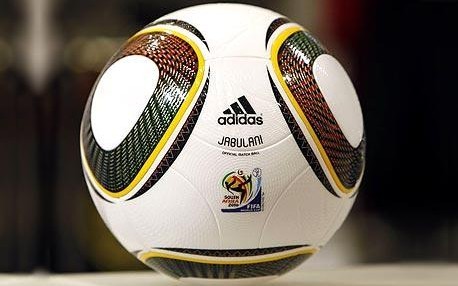 Going, going, gone: Jabulani ball used in the World Cup final goes under the hammer for a good cause

The Jabulani ball was one of those used in Sunday's final between Spain and the Netherlands.

All proceeds from the sale on eBay will go to 46664, Nelson Mandela's HIV/Aids education and prevention campaign.

There was no immediate indication who had bought the ball.

According to eBay, the controversy around the adidas ball – with complaints about its movement through the air – has fuelled interest.

"The interest in this particular piece seems not only heightened by the controversy surrounding it, but also the proceeds benefiting such a great cause."

But the ball, named "Jabulani" from the Zulu word for "to celebrate", was criticised by some players.

The gold version used in the final was given the name "Jo'bulani".

Adidas said later that a group of Spanish fans made the highest bid.

Some 133 bids were placed from 55 international bidders, a spokesman said.