Patrice Evra has been unfairly singled out for blame following the “terrible decision” of the French players to boycott training during their disastrous World Cup campaign, according to his club manager, Sir Alex Ferguson. 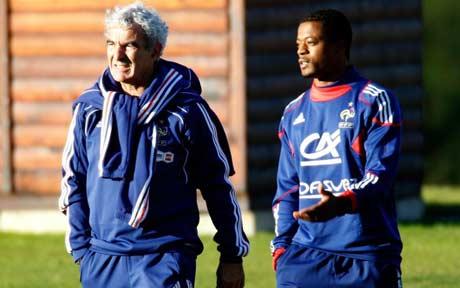 Evra, captain of the France squad, was dropped from the team by coach Raymond Domenech for the 2-1 defeat against the hosts following his role in the players’ strike in the wake of Nicolas Anelka being sent home for verbally abusing Domenech.

French World Cup winner Marcel Desailly has since called for Evra to be suspended by the French Football Federation, but Ferguson insists the Manchester United full-back has been wrongly painted as the villain.

Ferguson said: “It was a team decision, but the fact Patrice was captain meant he was put forward as the team’s spokesman.

“They made a decision they all regret now, a terrible decision, but it wasn’t an individual, it was a collective decision that he, as captain, took to the coach.

“Since then the rebound has been on his shoulders and that’s disappointing.”