Beckham backs Capello but rules out ever becoming a manager himself

David Beckham has exonerated Fabio Capello of any blame for England's World Cup failure and said that responsibility should rest solely with the players. 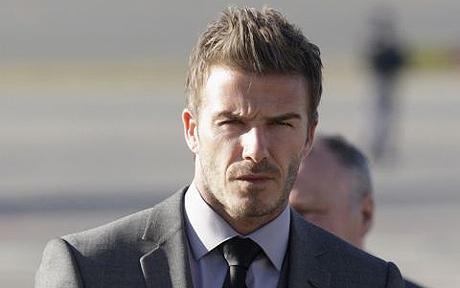 Future plans: David Beckham has said he wants to continue his playing career

Capello invited Beckham to form part of his backroom team in South Africa and the former England captain claimed that preparations for the four matches had been perfect.

Asked directly if the players rather than the manager were to blame, Beckham said: “Of course. If you asked them they will say the manager can only do so much. He (Capello) did everything that he could. Everything behind the scenes was perfect; our camp was amazing. To be able to train where we were and stay where we were doesn’t get much better. The lads know they didn’t play and perform well enough.

“He worked the players to the right amount and he set everything up for the players, but obviously the players know it was disappointing. The players go on to the pitch and they know if they don't perform they don't win games. It's not about how individuals play - it's about how we played as a team.”

Beckham, though, did also launch an impassioned defence of the character of his team-mates and was insistent that a worst-ever Fifa ranking of 13th at a World Cup finals was not related to a bad attitude. “I've heard that maybe players don't care as much but that is one thing that is wrong,” he said. “These players care about playing for their country; they don't go onto the field thinking where are they going to go on their holidays or which car are they going to drive.”

Beckham, who hopes to be available to play in the first Euro 2012 qualifier against Bulgaria in September, believes that Capello remains the right man to take England forward. However, he admitted that the Italian did adapt his style to create a more relaxed atmosphere between the group games against Algeria and Slovenia.

“Fabio Capello has always been very strict with his players and team throughout his career,” said Beckham. “I've spoken to players who have played with him 10 years ago. He was the same then. He is very strict, the players know what he demands and, this time, he was more relaxed going into the third game. He changed a number of things and that was because he knew that things had to be more relaxed around the players.”

Despite his very visible role in a suit and waist-coat on the touchline for the England games, Beckham reiterated that he has no desire to ever become a manager, even if Capello's job became available.

For now, the priority is to recover from the achilles tendon injury that ended his hopes of becoming the first England player to appear in four World Cup finals. Beckham, 35, expects to be back playing within the next two months for the Los Angeles Galaxy and, if fit, hopes to keep going long enough for Euro 2012, the Olympic Games later that year in London and then possibly even the World Cup in Brazil in 2014. “I'll always be available for England,” he said. “I still believe I have a part to play. I take each year, each month and week as it comes. I never want to step down from playing for my country.”