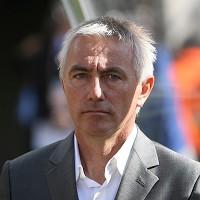 Holland coach Bert van Marwijk has defended his team's tactics in the World Cup final defeat to Spain and insisted he did not send not his side out to try and 'win ugly'.

The match was an ill-tempered affair which saw referee Howard Webb hand out 14 yellow cards with the Dutch particularly coming in for criticism for perceived bullying tactics.

But van Marwijk insists the occasion was not exactly conducive to flowing football, and said: "It was still our intention to play beautiful football, but we were facing a very good opponent. We did a good job tactically on them. We got into good positions at times. Both sides committed fouls."