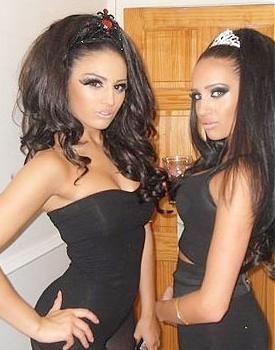 Ashley Cole has been pictured partying and sunbathing with two beautiful young posh birds, and one of them, Elle Hartley has already been involved in a couple of scandals despite only being 20 years old.

At the same age she was captured fashing her boobs at a nightclub, and found herself featured in the lads mag Nuts.

Last night Elle said:“I'm ashamed about both incidents and have attempted to learn from my juvenile mistakes.”