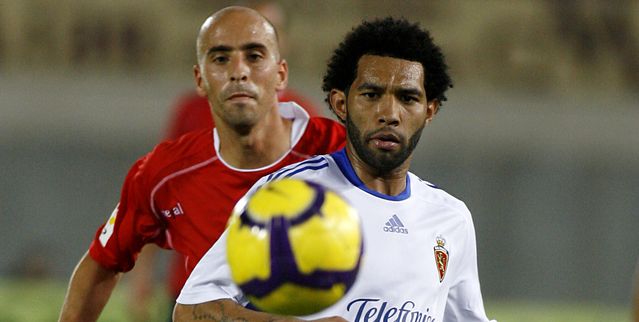 Jermaine Pennant has been offered a move to Italian giants Napoli.

Cash-strapped Real Zaragoza are ready to offload Pennant just a year after signing the ex-Liverpool winger because of their crippling financial problems.

That has alerted a host of Premier League clubs including Wolves, West Ham, Wigan and Stoke.

But former Italian champions Napoli are also keen on the talented 27-year-old and have made a cut-price £1.5m offer to Zaragoza.

Pennant joined Real Zaragoza on a free transfer last summer after his deal at Liverpool expired but the Spanish club are ready to cash in just 12 months later.

Zaragoza have got huge debts and want the fee for Pennant and also need to trim their wage bill to save the club from slipping into deeper financial problems.

Pennant signed a three-year deal last summer which is worth £45,000-a-week AFTER tax and the deal included a car and a villa.

Ex-Arsenal and Portsmouth winger Pennant may have to take a pay cut to move on this summer but there are several clubs keen on him.