The devastated star spoke for the first time since leaving South Africa, on a blog designed for Chinese fans of the number 10. 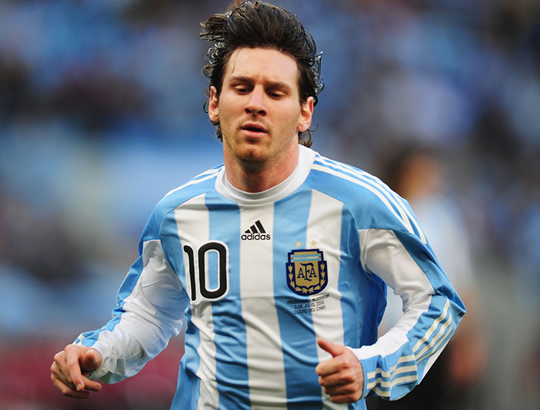 Argentina star Lionel Messi today broke his silence after his side crashed out of the World Cup to Germany on Saturday, telling fans "I feel terrible" and that he just wants to go home.

Messi left South Africa without giving an interview to any press sources, as the Albiceleste left the country almost instantly after their 4-0 humiliation in the quarter finals. The playmaker also kept silent as the team landed to a carnival atmosphere in Buenos Aires' Ezeiza Airport.

The 23-year-old did finally spill the beans however on a blog directed at his Chinese fans, for which he is paid to write by a company based in Asia.

"We did not fulfill the expectations of many people," the devastated forward admitted on the site, which was translated into Mandarin. Messi has a large fanbase in Asia, and appeared in many pre-World Cup advertisements across the continent.

"I feel really terrible, and I just want to go home. We played a terrible game [against Germany] and we will have to start again. Thank you for all your support."