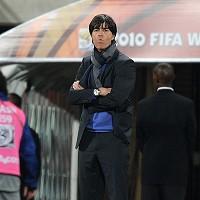 Germany coach Joachim Low has warned that Spain have "several Messis" in their ranks, insisting the European champions will pose the toughest test yet for his side when they meet in their World Cup semi-final encounter on Wednesday.

The three-time winners have been the most impressive team in South Africa so far, scoring 13 goals including four against Argentina.

There was plenty of talk in the build-up of the game against Diego Maradona's team of the potential threat of Lionel Messi, but Low said of the Spaniards: "Spain remain the natural World Cup favourites. They not only have one Messi, but they have several Messis."