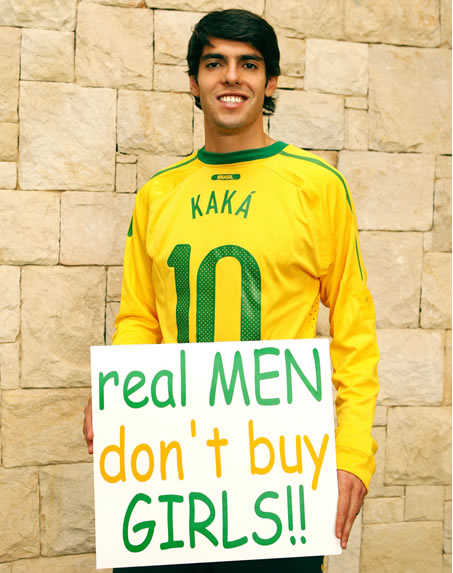 Brazilian football star Kaka has taken on an anti-prostitution campaign with Hollywood homeboy Ashton Kutcher. We thought it was random when they started tweeting each other. Now it all makes sense.

Well, sorta. If this didn't come directly from his twitter a/c, we'd be sure it came from the Photoshop Fail blog.

In any case, we love how full-on Kaka is taking this by posing with quite a provocative message… (one that not every footballer could represent for either. Ahem.)

*Our attempt at a joke. We know this is his wifey's name. It's Tuesday. Have pity.