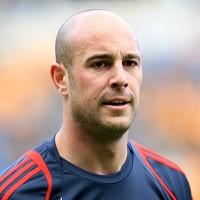 Pepe Reina has already exchanged jubilant text messages with Dirk Kuyt in anticipation of Sunday's World Cup final - but he hopes the smile is wiped off his Liverpool team-mate's face at Soccer City.

Kuyt was first to make contact following Holland's victory over Uruguay in Cape Town on Tuesday. Twenty-four hours later it was Reina's turn to respond after Spain had booked their first appearance on the game's greatest stage by overcoming German resistance.

"I have been in touch with Dirk and I heard from him before and after the game," said Reina. "He wished us luck (on Wednesday) and now it is 100% certain that Liverpool will have a World Cup winner."