Juventus goalkeeper Gianluigi Buffon is set to be sidelined for three months after undergoing surgery on a back injury he picked up at the World Cup. 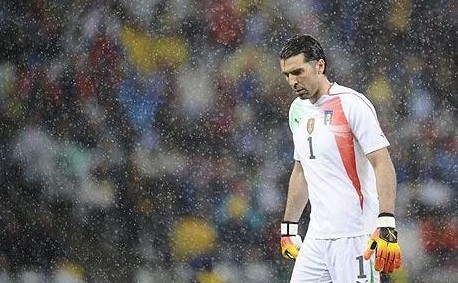 Backache: Gianluigi Buffon will be out for three months having had surgery on a back injury.

Buffon sustained the herniated disc while in Italy's 1-1 draw with Paraguay in their opening World Cup group game.

The veteran keeper went under the knife yesterday in Turin to repair the damage.

''I think between six and eight weeks will be needed for Buffon to begin rehabilitation and at least three months for him to return to playing,'' said Maurizio Fornari, head of neurosurgery at the Galeazzi orthopaedic institute in Milan.

''The surgery went very well and was needed to take the hernia in a less invasive manner in order to free the nerve that was suffering.''

Buffon, 32, is likely to miss the first month of the Serie A season.