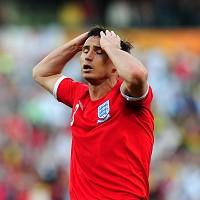 The linesman at the centre of England's disallowed goal storm has admitted he was caught out by the speed of Frank Lampard's shot.

Uruguayan official Mauricio Espinosa failed to spot Lampard's effort had bounced over the line after crashing down off the underside of the bar during England's 4-1 last-16 defeat to Germany. Had the goal been given, England would have drawn level at 2-2.

Espinosa told El Pais: "It was a very fast shot that I did not see properly, even though I was located in the right place. We didn't see a replay in the dressing room at half-time but you could sense what had happened."