Home - News
Wayne Rooney will bounce back for England after World Cup exit, forecasts Michael Owen
03/07/2010  by Telegraph.co.uk
Text size: A A A

Wayne Rooney has been backed to return to his best under Fabio Capello by the striker who led England’s attack for 10 years. 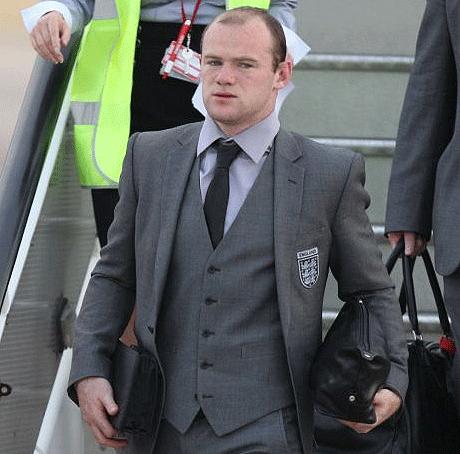 Back home: Wayne Rooney will bounce back from England's World Cup disappointment, says his team-mate and fellow striker Michael Owen

Michael Owen spoke of his determination to break back into the England set-up earlier this week and yesterday the Manchester United striker tipped team-mate Rooney to bounce back after the disappointment of a poor World Cup.

Owen knows the pressure on Rooney after leading the England line for a decade and he said: “You know that everyone is relying on you to score and to play well. Wayne will have been like that because he’s probably our most important player.”

And Owen revealed the pressure England’s players feel when he added: “All these players are heroes at their clubs. When you are with England you feel as if the hounds are on the other side of the wall, ready to get you.

"If you don’t play well, the fans have not got allegiance and they will dig you out.”

But the one-time Liverpool favourite added: “I think the fans are really behind Wayne. He’s a popular player with almost every fan, because he plays the game how the fans would like to see it.”

Meanwhile David Beckham has declared his availability for the Euro 2012 campaign as a player rather than a coach. He had been linked with a coaching role after acting as a player’s liaison in South Africa.

But the 35 year-old said: “While I am flattered to be talked about as a coach and am always available for my country, whenever I am needed, I still see myself as a player and remain supportive of the manager.”

Of England’s failings in South Africa, he added: “Over the four matches we weren’t good enough and regardless of the goal that never was, Germany played better than we did over the 90 minutes and deserved to go through.

“As a team, we have to learn from everything that’s happened, come back stronger and play to our potential.”