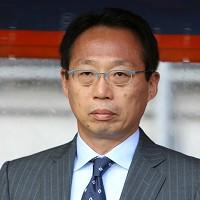 The Japan Football Association have begun their search for a new national team coach after Takeshi Okada reiterated his intention to step down.

The 53-year-old guided the Blue Samurai to their best-ever World Cup performance on foreign soil as they reached the last 16 in South Africa, where they lost 5-3 on penalties to Paraguay after the game had ended goalless in 120 minutes.

''I've coached a lot of teams, but this World Cup team was definitely one of the best,'' said Okada, who feels the time is right for a new coach to come in and take the national team forward.