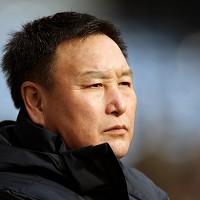 Huh Jung-moo has confirmed he is to leave his post as coach of South Korea.

The 55-year-old does not want to renew his 30-month contract, which expires at the end of the World Cup. Huh, whose side were eliminated at the last-16 stage of the competition by Uruguay on Saturday, had stated his intention to leave his role after the tournament but side-stepped talk concerning his future following their exit.

However, he has now said: "I have decided not to seek a second term. This is not a resignation as my contract finishes at the end of June. I want time to recharge myself and spend some time with my family."