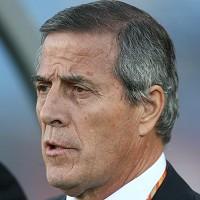 Uruguay coach Oscar Tabarez has put his side's World Cup success down to the majority of his players plying their trade overseas.

The South Americans were the first team to book their place in the quarter-finals with a 2-1 win over South Korea. Only two of the 23-man party in South Africa currently play their football in Uruguay with the bulk playing for European clubs.

Tabarez said: "Most of the squad joined the national squad when they were still playing in Uruguay at around 22 years of age. Four years later, almost all of them are playing at important clubs overseas, and they are capitalising on that experience of playing high-level football abroad."