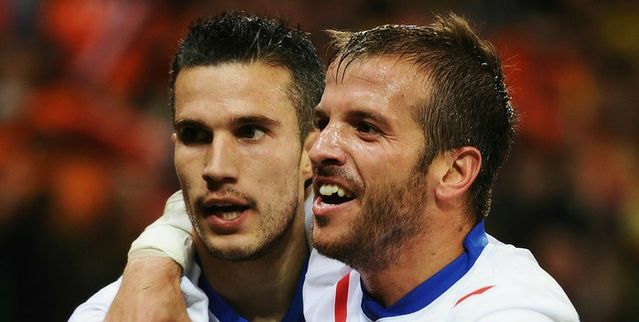 Robin Van Persie has vowed to make up for lost time in South Africa and help fire Holland to World Cup glory.

Van Persie missed five months of last season with an ankle injury, only returning to play a cameo role for Arsenal towards the end of their disappointing campaign.

The Gunners striker scored in Holland’s 2-1 win over Cameroon, which made them the first nation since Brazil in 1982 to win all their World Cup qualification and group games.

Holland take on Slovakia today for a place in the quarter-finals and van Persie believes his lengthy enforced lay-off will turn out to be a blessing in disguise for the Dutch national team.

“We’ll have to see in the next couple of weeks whether that's the case,” said van Persie. “But I feel very, very fresh.

“I know some of the boys have been tired with the travelling and stuff, but I don’t mind waiting around for two hours or staying in a hotel a long time because I’m back with the team.

“Physically and even mentally, there's more to come. You can be very tired when you start a tournament after playing 60 or 70 games in a season, but I've only played 25 and I'm ready physically and mentally.

“I recover quickly after games and the physios are working very hard with me, so it's looking good.”

Despite Holland gaining maximum points from their three group games and conceding just one goal – a penalty – van Persie said Bert van Marwijk's side are ready to step up a level in the knockout stage.

“I hope this can be the start of something,” said van Persie. “The first three games were basically not to our standard, because we all know we can play much better than that. But you can see the kind of football we love to play. Three games and nine points is OK, because the group stage is all about survival. But it’s now that the tournament really starts.

“We face Slovakia and I saw some of their game against Italy. It was a great result but there was great play from them as well. They matched Italy for quality and they won – just. So we know we will have to be really sharp.

“The public are very quick to criticise us if we don't play well and, to be honest, I don't mind that because that's the way we are. We need to lift our sights to play like that, to perform as we know we can.

“It's the same target we have at Arsenal – we want to win but we want to win with style. “We have some really talented players in the starting line-up and I know if I don’t score we have someone like Arjen Robben on the bench or Klaas-Jan Huntelaar.

“What we have to show now is that we’ve learned from the last couple of years. Most of our players have had two, three or four tournaments and we feel ready.”

Holland may be overwhelming favourites to go through, but Slovakia are unbeaten in 22 games and proved their capacity for an upset by knocking out holders Italy in the group stage with a 3-2 win.

And Slovakia midfielder Miroslav Stoch said they are confident they can repeat their heroics against Holland. “We didn’t have anything to lose because no one expected us to beat Italy,” said Stoch. “They had all the pressure.

“It will be similar against the Dutch because they have to win, they are expected to, and the pressure will be on them. Whereas we have nothing to lose again. Nobody expected us to go through then and no one expects us to now.”

Slovakia coach Vladimir Weiss said: “The Dutch are fantastic. They have a lot of players who play in the best club teams in the world.

“The favourites are the Dutch, of course, just like the Italians were. But you never know. We'll see.”