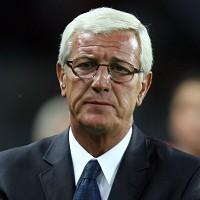 Italy coach Marcello Lippi took full responsibility for his side's World Cup exit, admitting his side had played with "terror in their heart, head and legs".

Lippi, who had always planned to stand down at the end of the tournament, was shocked his side had fallen at the group stage after a 3-2 defeat to Slovakia which meant the eastern European side reached the last 16 in their World Cup finals debut.

Lippi, who is set to be succeeded by Cesare Prandelli, said: "I take all responsibility for what happened, because if a team shows up at such an important game with terror in their head, heart and legs and if the team is unable to express its abilities it means the coach didn't train that team as he should have done, psychologically, technically or tactically."