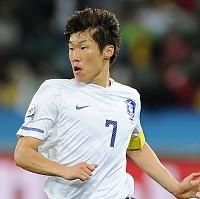 Park Ji-sung is not looking beyond Saturday's game with Uruguay as South Korea bid to extend their historic run at the World Cup.

The Taeguk Warriors cemented their place in the last 16 of a World Cup for the first time ever on foreign soil after a win and a draw sealed second in Group B. And Manchester United midfielder Park is focused solely on the upcoming game against Uruguay.

"We're just thinking about the next game, we don't want to think about the game after that. Our goal was the last 16, so now we just focus on every single game coming up and treat it as the final," said Park.